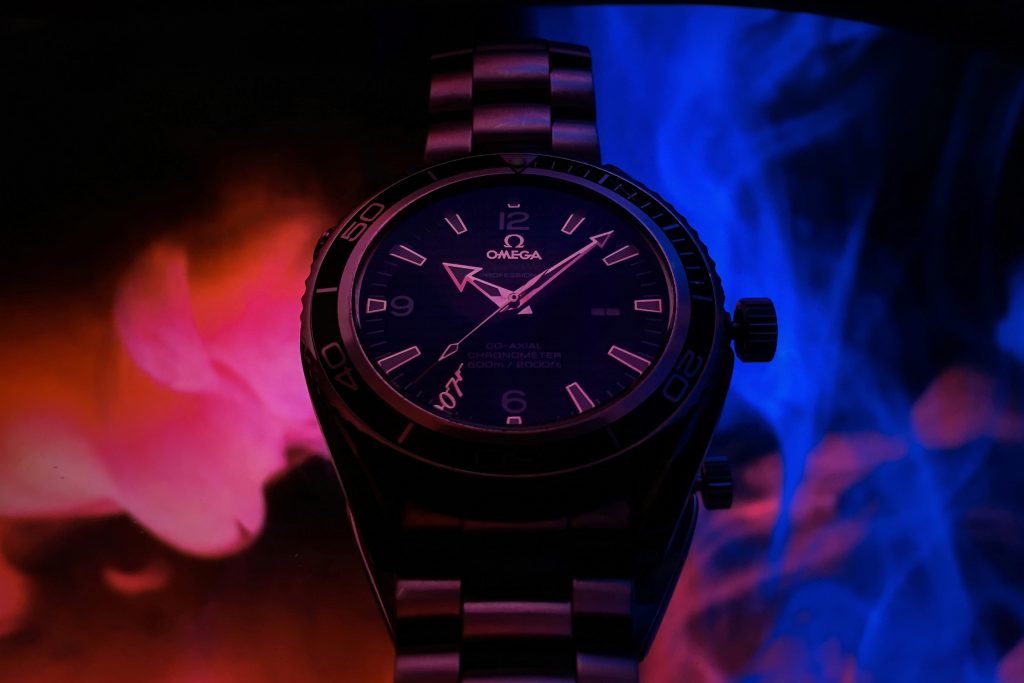 The name ‘Omega’ is synonymous with high-quality, sought-after Swiss watches. Known throughout the world for their accuracy and style, Omega have built themselves a reputation over the course of nearly two centuries that many brands aspire to. We take a look at the history of Omega, why their watches are so special, and how to look after your treasured timepiece – including the best place to service Omega watches.

Like so many companies with a long history and a heritage to be envied, the name of the company didn’t start out as Omega. A young watchmaker called Louis Brandt opened his workshop in 1848 in a small Swiss village with the aim of creating the most accurate watches possible. As with many entrepreneurs with that kind of passion, Brandt succeeded in building a name for himself throughout Europe.

When Louis Brandt’s sons took over the business following his death, they carried forward the family ethos for quality and accuracy, as well as the desire to innovate. In 1894, the Brandt brothers launched a 19-ligne calibre watch that they called the OMEGA. Not only was it accurate, but each component could be replaced by any watchmaker without the need for modification, and it included a novel approach to winding and setting of the time through the stem and crown – a feature still common in many of today’s watches.

The success of the Omega watch was so far-reaching that the brothers re-named the company after it, and thus was born a new era; the beginning of series-produced timepieces that offered the wearer both accuracy and class. By the early part of the twentieth century, Omega Watch Co was the biggest watch manufacturer in Switzerland, with a dedicated research and development facility that enabled them to fully capitalise upon their love for innovation and design.

Evolution of the Omega brand

Throughout the first half of the twentieth century, Omega watches were chosen as the time keepers for a range of sporting events including the Olympics, reflecting their reputation for accuracy. Omega also won awards for precision and developed new and innovative methods for winding of watches, setting an industry standard in design which is still used today.

Omega developed a name in both the field of luxury fashion, creating elegant and intricate designs that are sought after by today’s collectors, as well as building a reputation in the military field, developing rugged timepieces for use on the front line, as well as an innovative new design with a second hand, used by field nurses for accurate pulse measurement.

The biggest names in Omega

There are some watches whose fame goes beyond awards for timekeeping and style, but which get launched into the stratosphere – either quite literally, or through the big screen. Two of those names are The Seamaster and The Speedmaster.

The Seamaster was launched in 1948 and was built to withstand pressure, either at altitude or underwater. Used by divers for underwater exploration and synonymous with famous characters like James Bond, the Seamaster is a classic, stylish timepiece whilst being rugged enough for any mission.

The Speedmaster, also known as ‘the Moonwatch’, was selected by NASA as their only qualified watch and has been used for countless space missions, including the Apollo 11 moon landing in 1969.

We’ve clearly established that the Omega watch is to be treasured – and any owner of an Omega will be keen to look after it and keep it in great condition. That means making sure your watch is well maintained, including a service when appropriate. Omega themselves recommend servicing a Swiss Automatic watch every 3-5 years and replacing a quartz battery every 2-3 years.

Here at The Watch Lab, we specialise in Prestige Swiss brands such as Omega, with services including battery replacement and re-seal, glass replacement, movement repairs and services as well as our service PLUS. In our view, the best place to service Omega watches is either through the original manufacturer or, if that isn’t convenient, through the next best thing; a business who understands your watch completely and cares as much as you do about it. Your nearest Watch Lab could be the ideal place to service your Omega watch, best placed to understand both your requirements and how to care for your beloved timepiece.

If you are looking for the best place to service Omega watches, look no further and visit our website for more information. You can either visit one of our Labs or use our easy postal service.

This website uses cookies to improve your experience while you navigate through the website. Out of these cookies, the cookies that are categorized as necessary are stored on your browser as they are essential for the working of basic functionalities of the website. We also use third-party cookies that help us analyze and understand how you use this website. These cookies will be stored in your browser only with your consent. You also have the option to opt-out of these cookies. But opting out of some of these cookies may have an effect on your browsing experience.
Necessary Always Enabled
Necessary cookies are absolutely essential for the website to function properly. This category only includes cookies that ensures basic functionalities and security features of the website. These cookies do not store any personal information.
Non-necessary
Any cookies that may not be particularly necessary for the website to function and is used specifically to collect user personal data via analytics, ads, other embedded contents are termed as non-necessary cookies. It is mandatory to procure user consent prior to running these cookies on your website.
SAVE & ACCEPT